Summary: Chlorite shares the same chemical structure as chlorine dioxide but as an anion it has a negative charge. Chlorite is found naturally in the environment in minerals, forming its own group of minerals known as the chlorites. The chlorite group of minerals are sheet silicates, an orientation of six member rings of silicate. Chlorite is the conjugate base of chlorous acid. Chlorite may form due to water treatment processes when chlorine dioxide reacts with dissolved organic compounds. Chlorine dioxide is present in water treatment processes for water purification. 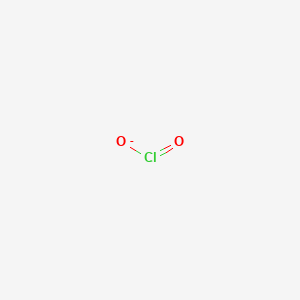