Source: Used as a solvent, pesticide, fuel additive, and has many manufacturing and industrial applications. It is an important intermediate in the formation of acetic acid, MTBE, and formaldehyde.

Summary: Methanol is a primary alcohol that is both a human and E. Coli metabolite. It is widely used as a solvent, in the synthesis of organic compounds (MTBE, formaldehyde, acetic acid), and is also used as an insecticide. It has many manufacturing and industrial uses and can help remove water from fuel. It is also added to fuel to enhance antifreeze properties. Methanol has been detected in emissions from volcanoes and cigarettes. It exists as a colorless liquid at room temperature and has a density of 0.792 g/mL at 68 F. It is soluble in water up to 1,000 mg/L at 25 C. It has an acid dissociation constant of pKa = 15.3. Methanol is classified by the EPA as a Hazardous Air Pollutant (HAPs). It exists in the atmosphere as a vapor with a half-life of 17 days. A Koc value of 2.75 indicates very high mobility within soil that may lead to leaching to groundwater. Biodegradation and volatilization are expected to be the major methods of natural removal. 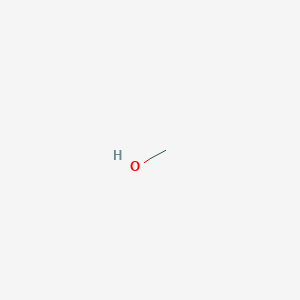