Source: Used as a fumigant pesticide. Has many uses when combined with other compounds (such as hydrogen chloride) including as a solvent, in the production of plastics, organic synthesis, and has many commercial uses.

Summary: Cyanide is a chemical that is produced naturally by algae, bacteria, fungi, and plants. If cyanide is commercially used it is reacted with other chemicals to form compounds. Hydrogen cyanide is a very popular example of this, used in organic synthesis, metallurgy, electroplating, as a pesticide fumigant, and the production of plastic among other applications. Cyanide is classified by the EPA as a Hazardous Air Pollutant (HAPs). Reaction with water produces hydrogen cyanide gas which is poisonous. 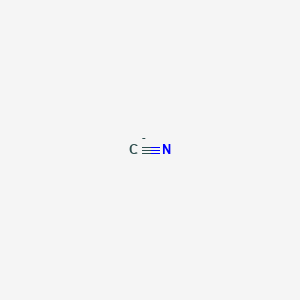