Source: Used as as a refrigerant, propellant, and solvent. It is also used in the production of organic chemicals, pharmaceuticals, rubbers, and it may be used in pesticides and in petroleum refinery processes.

Summary: Chloromethane, also known as methyl chloride, is a member of the haloalkanes. Chloromethane has many applications in the production of organic chemicals, pharmaceuticals, and rubber. It is used widely as a refrigerant, solvent, propellant, and chlorinating agent. It may also be used petroleum refinery processes and pesticides. Chloromethane has been detected in smoke emitting from the combustion of wood and coal. It exists as a flammable gas at room temperature. Chloromethane has a density of 0.911 g/mL at 25 C and is soluble in water up to 5,040 mg/L at 25 C. The compound is classified by the EPA as a Hazardous Air Pollutant (HAPs). It exists in the atmosphere as a vapor with a half-life measured at 445 days. A Koc value of 13 days indicates very high mobility within soil that may cause leaching to groundwater. Hydrolysis, volatilization, and biodegradation (under anaerobic conditions) are expected to be major fate processes. 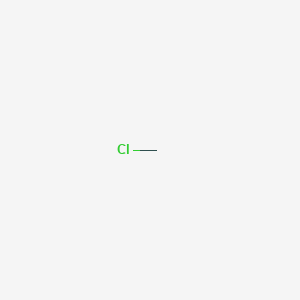